The Bug That Loves The South

When I was a child growing up in Connecticut I loved all creatures.  The ones I could readily get my hands on were caterpillars, and I played with them all the time, sometimes bringing them indoors to visit my dollhouse.  They had a habit of creeping away but oh how I loved to pet and play with them.  I think their furry little bodies must have been appealing to a little girl without a cat or dog to pet and snuggle.

That changed around 1980, when the gypsy moths took over the state.

Gypsy moths have always been around Connecticut, and why their population exploded in that particular summer remains something of a mystery, but explode it did.

The moth life cycle begins, of course, with the caterpillar…big furry ones. 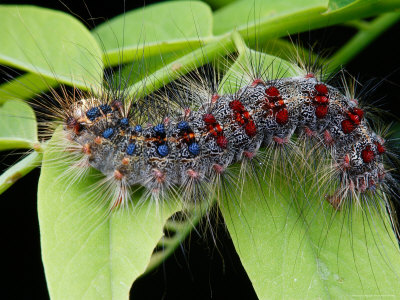 Who wants to cuddle?

Only this time, it began with many, many caterpillars, munching on leaves, marching across sidewalks, and raining out of trees onto passerby below.

At the end of that summer, our trees were stripped bare, there was talk of an even larger invasion the following year, and my affection for the little beasts had diminished.  The second invasion never came, but my distaste for plague-like insect intrusions persists.

Now I live in the South, and am faced with an semi-annual invasion of love bugs, so named not because they are lovable, but because they love each other.  Everywhere.  All the time.

They land in my coffee. 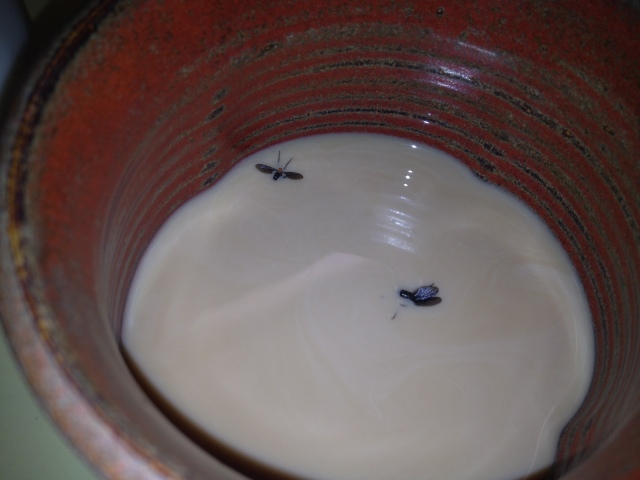 They mate on my deck. 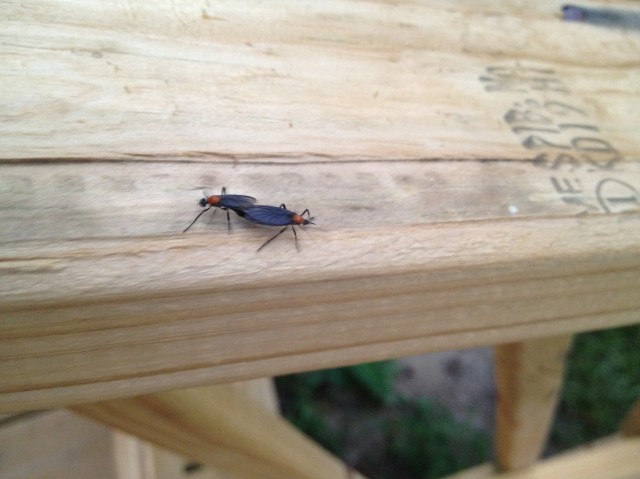 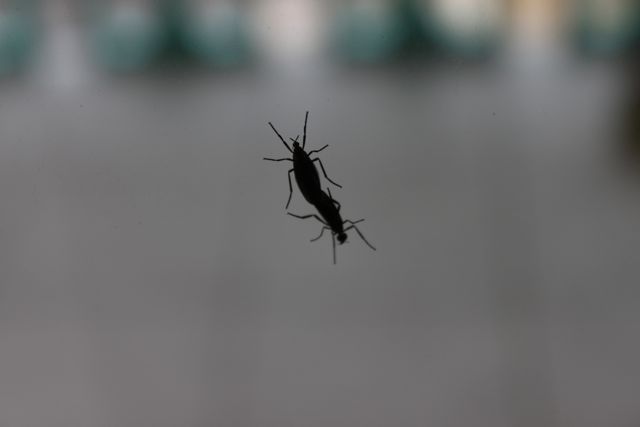 Their favorite position, it seems.

And then they die on my floor. 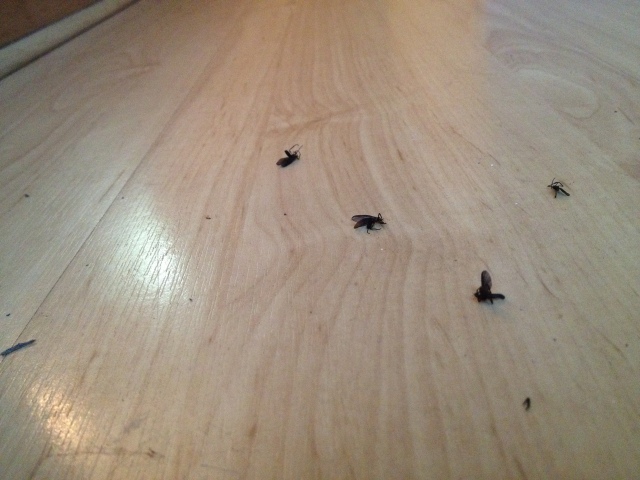 It was a good life.

Twice a year, every year.

I’ll take a bi-annual mating frenzy of these critters over a once-in-a-lifetime bum-rush of the caterpillars, but I must say, the love bugs have worn out their welcome for the year.

40-year-old university advisor, 10-years married with two small children, trying to do it all and have it all and still manage the occasional social interaction through the wonderful world of blogging.
View all posts by Joyce →
This entry was posted in Uncategorized and tagged Florida, lovebugs. Bookmark the permalink.

8 Responses to The Bug That Loves The South